Prime Yield will be participating at NPL Iberia conference

The company will be integrating the debate panels focused on Portugal and Latin America in this event, held at 27 and 28 November in Madrid. Prime Yield will also launch a new research that looks into the Iberian NPL market. 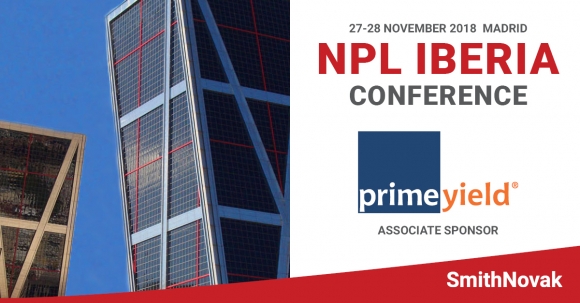 Assuring a double presence, Prime Yield will be represented by Francisco Virgolino from Prime Yield Portugal and Mário Neves, Partner of Prime Yield. The first will be participating in Block 6, a part of day 1’s program and dedicated to the Portuguese NPL market, beginning at 16h45. As for Mário Neves, will be integrating the debate “Focus on Distressed Opportunities in LATAM”, the Block 10, held at 14h15, 28th November.

Prime Yield will also be releasing its newest research on the NPL market, a study that looks into the Iberia, analyzing key indicators such as stock, ratios and deal potential both in Portugal and Spain. The Greek market, just now starting to emerge, will also be highlighted in a new market flash also to be released during the event.

NPL Iberia will take place on 27 and 28 November at the Courtyard by Marriott Madrid Princesa. The event is organized by Smith Novak, with an extensive experience on events focused on the NPL market both on European level and local national markets.

Prime Yield. We Value your Future.